Headrests and neckrests serve as pillows, in that, in East and Central Africa, where they are commonly used, they allow a user to sleep on his/her side with the head supported at a comfortable height (Roy, 1985). Headrest use goes back into African Antiquity and many examples of them could be found in Kemet, Ancient Egypt (Visona et al., 2001). While a headrest is a very personal piece of furniture to support the neck, head and elaborate coiffure, a stool may be a piece of furniture for household use, a royal throne or a sacred object. But even as a piece of household furniture, a stool owned and used by an elder member of a family, especially, of the larger extended family, gains some attributes of a throne. The stool becomes a symbol of wisdom that comes with experience and age and is encrusted with authority that society accords elders of an extended family. It is in the context of a multi-faceted symbolic character that stools and chairs in the exhibition from the Reginald Petty African Art Collection are indicative of overlapping aesthetic and utilitarian values in African Art. 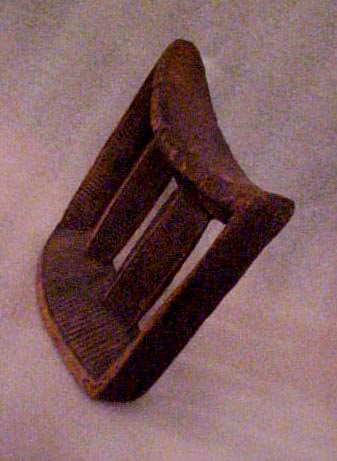 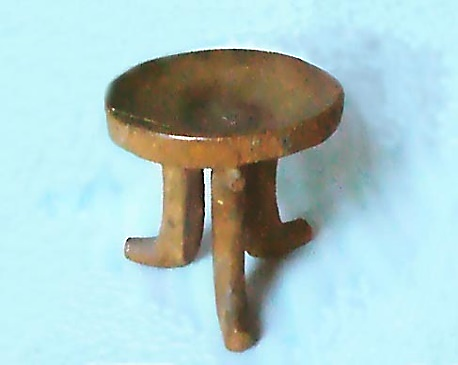 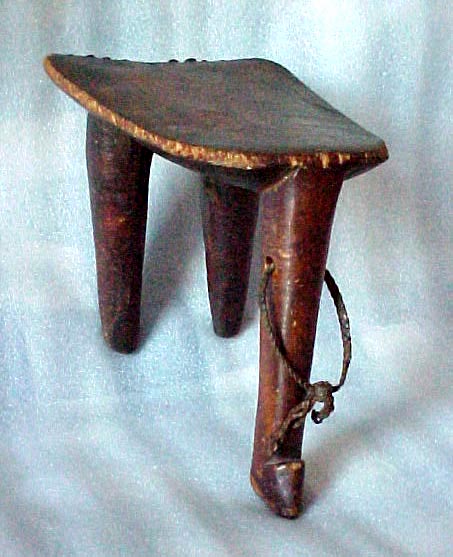 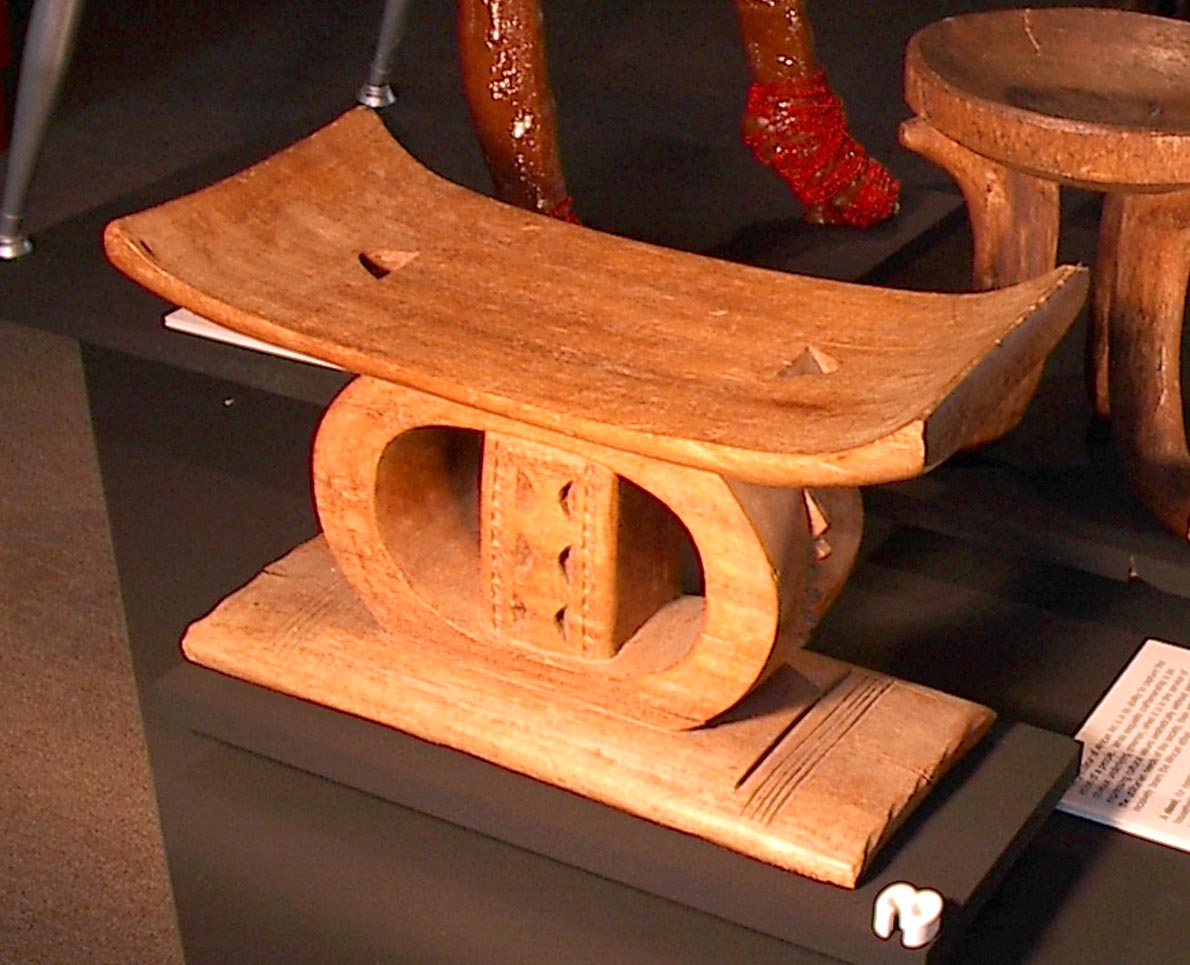 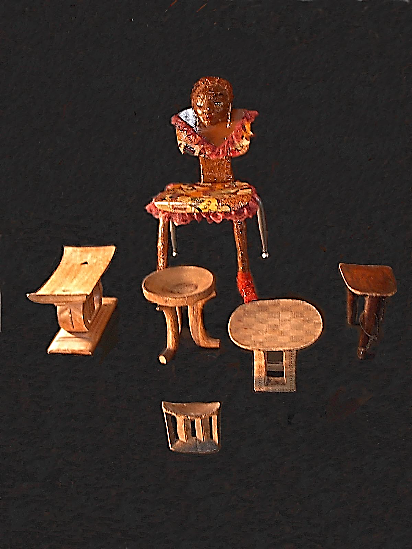 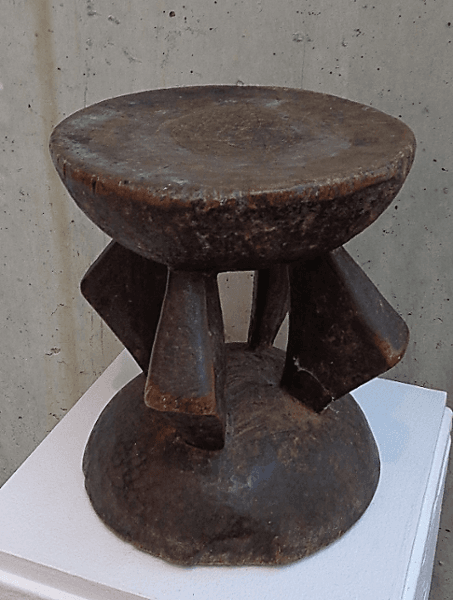 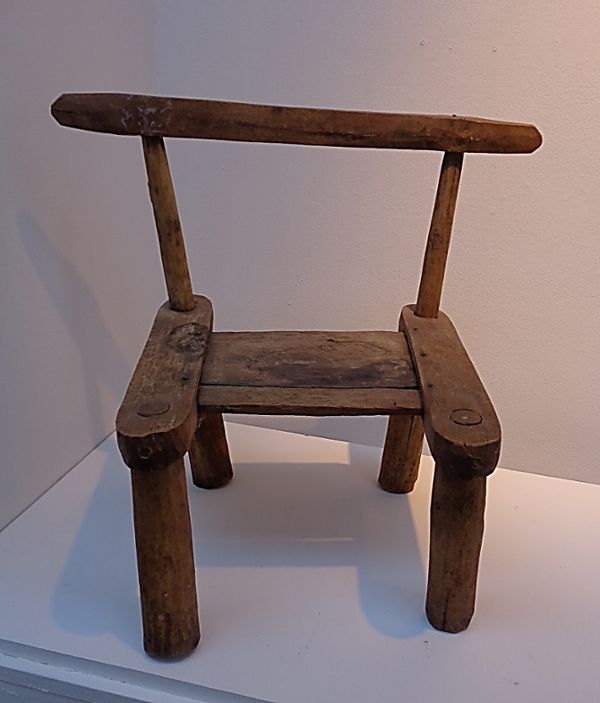 Aware of the symbolism and utilitarian aspects of stools and chairs among Africans and in the African Diaspora, Edna Patterson-Petty created a series of sculptural chairs. Inspired by a poem written by Rev. Dr. Joseph Brown, SJ, entitled, "There Must Be A Source," Patterson-Petty drew on her understanding of those aspects and linked them to modern Africana. Brown, in turn, was inspired by a Miles Davis' majestic and exquisite 1985 12-minutes-long jazz composition, "Filles de Kilimanjaro" (Daughters of Kilimanjaro). The highest mountain in Africa, Kilimanjaro in Tanzania, is also the highest single free-standing mountain in the world. The music, poetry, and mixed-media sculpture pieces express Africana aesthetics and a sophisticated and complex cultural ethos. 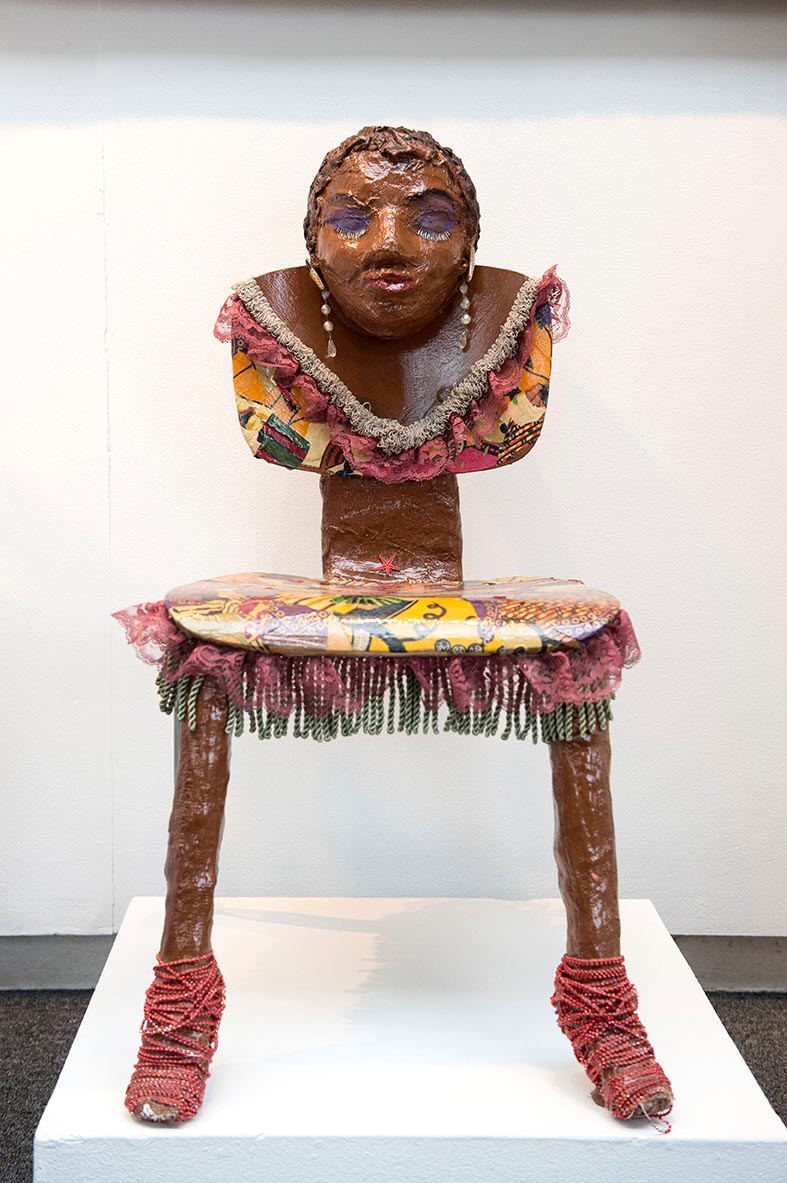 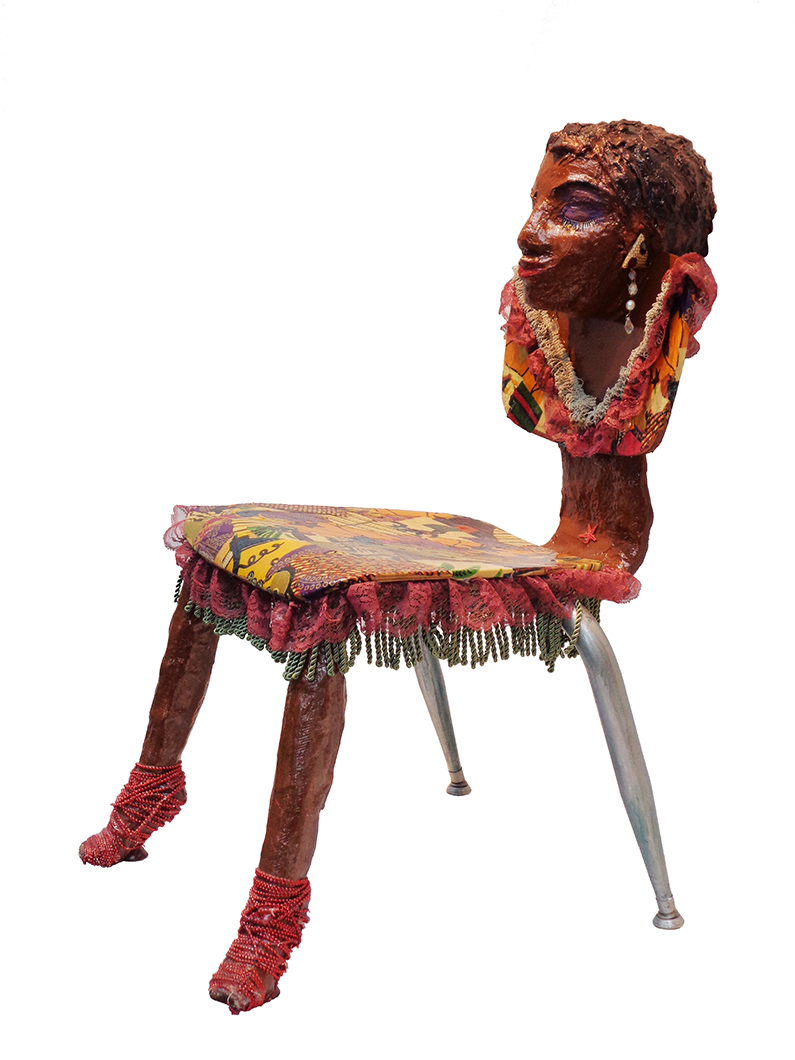 there must be a source of music somewhere

that plays inside the heads of these young girls

moving easily with a slow swing brushing against

with the firm look of untested flesh

must be sad that they hear from somewhere

because they walk so softly and with a sureness

of time that no one ever learns but is with them

one of them plays

her woman game with a boy on the street and

there are no words just a moment made old

because her eyes tell him his body is good

and young and untested and he knows

she quietly easily softly slaps his face with

holding him to her for just a pulse

they are intimate and understanding here on

the corner and they both move to a music that

a music that no one that young

which means that inside

they are old and it is another world that

has made them old

and given them this music

which is soft and it is sad