An Ewe proverb, similar to other adages from a myriad of African ethnic groups, goes: “You do not choose your ancestors. They chose you.” A common Africana understanding that mothers choose to have their children and are the most intimate human link, because all humans are born of women, to their ancestors and the Almighty Creator is affirmed and captured in the proverb. African and African American experiences and those of other people in the African Diaspora during the last five hundred years, forged out of oppression and yearning for liberation, were wrought under separate political conditions in specific geographical locations, but have their genesis in a common African ancestry since their histories have common African beginnings. That ancestral source has been informing art on both sides of the Atlantic. While Senufo ancestral mothers and Bambara ancestral double-faced twin female figures with four children embody artistic presentation of that source, they also echo through the millennia honor and respect accorded mothers among Africans and Africans in the Diaspora. 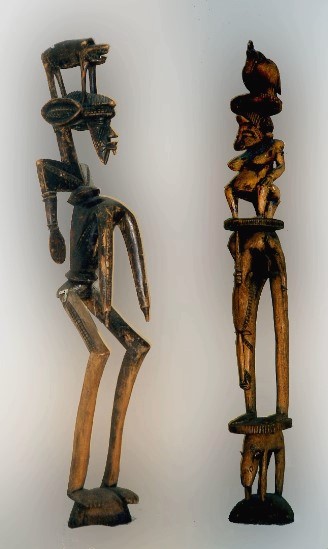 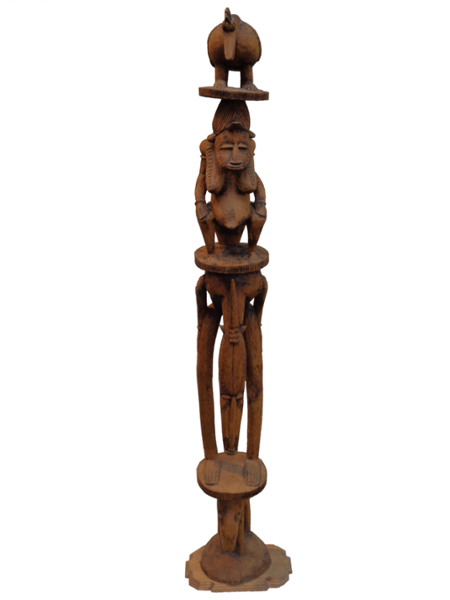 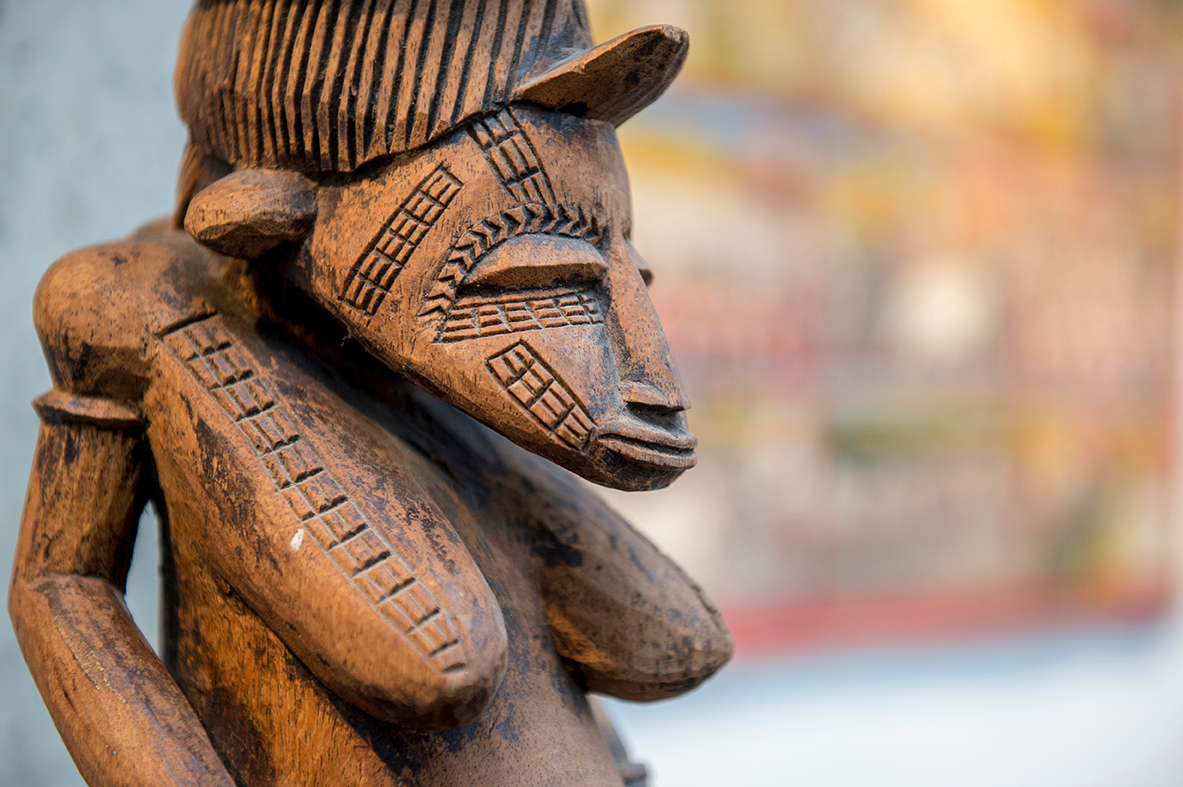 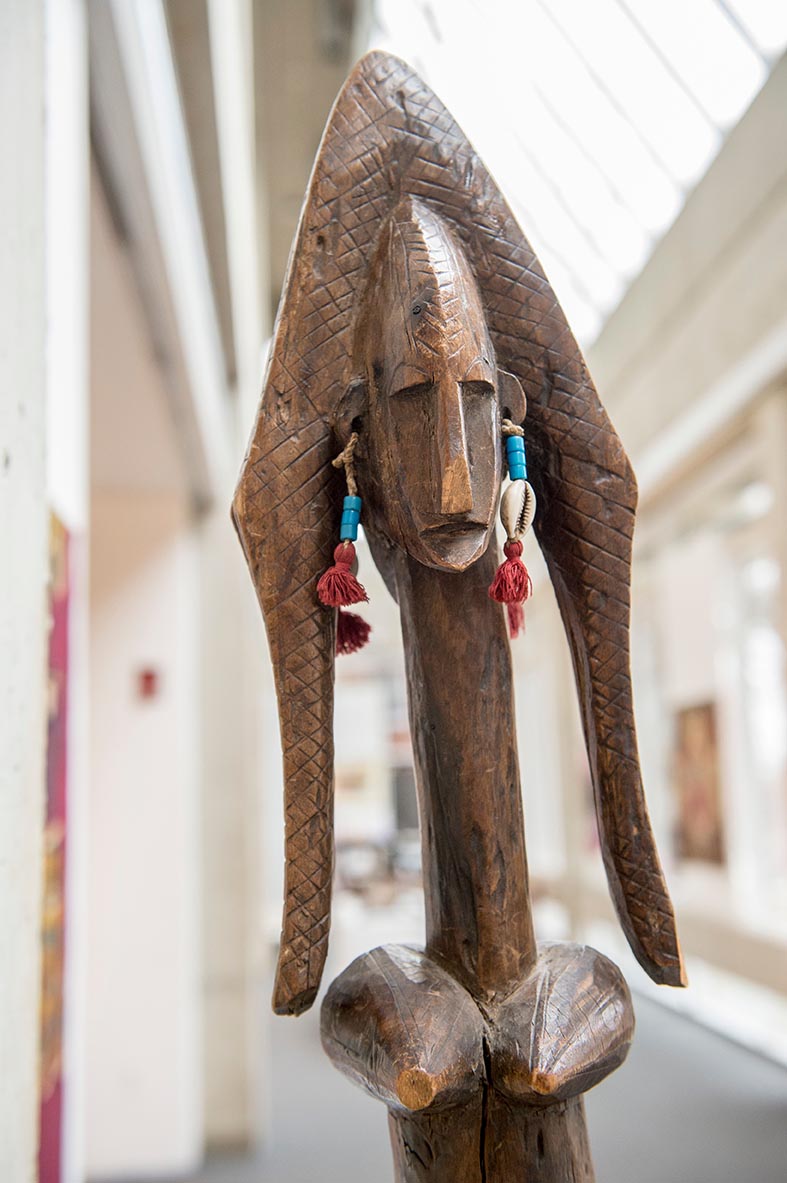 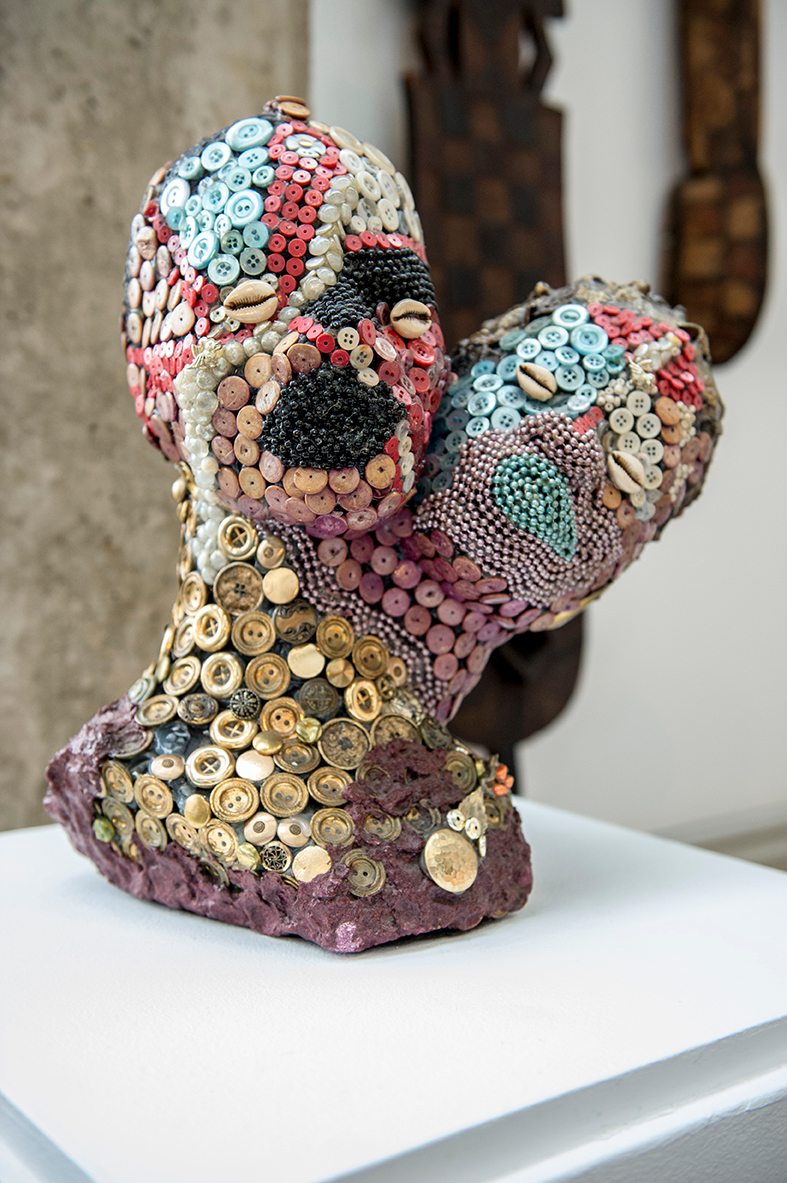 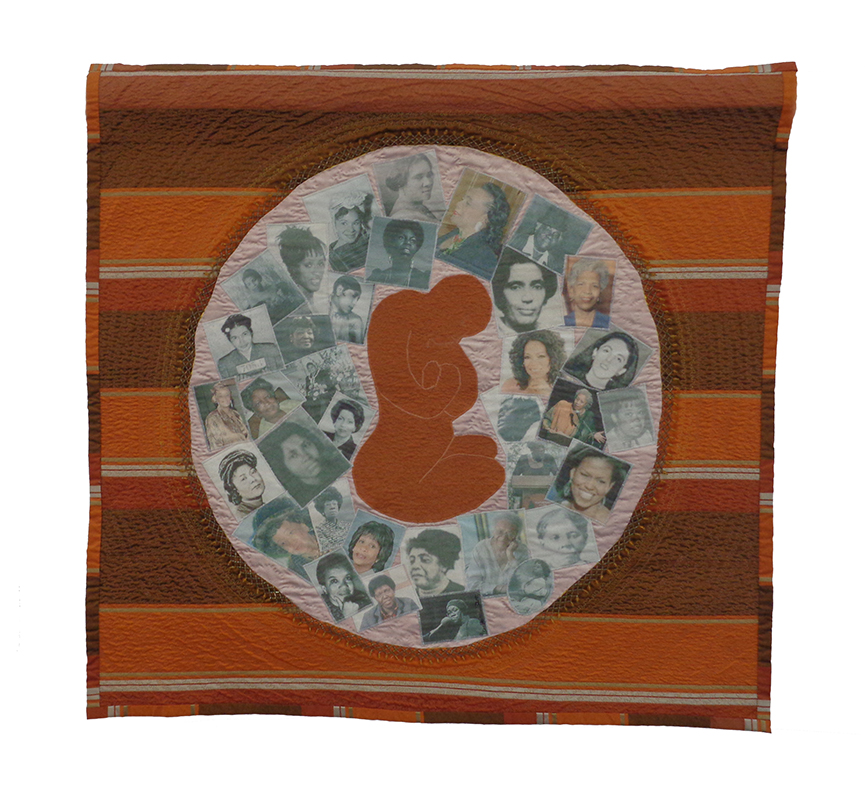 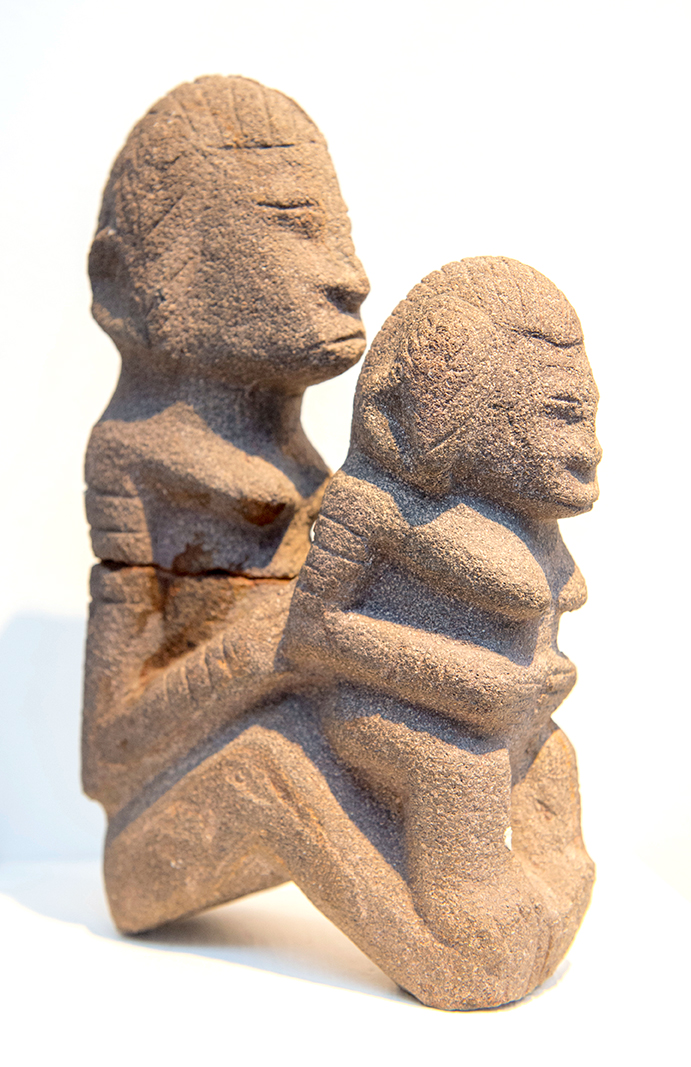 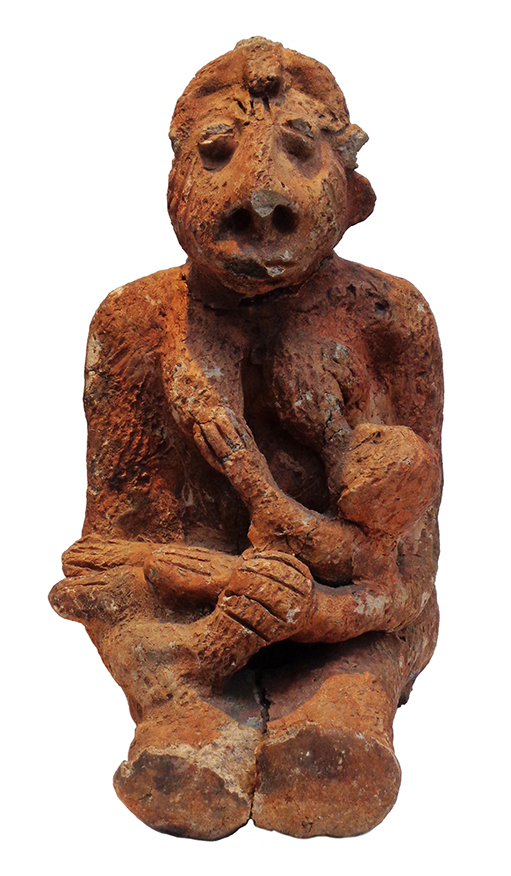 It is not happenstance that African Americans express pain and suffering generated by oppression, being uprooted, and loss of home and family during the period of American slavery captured in the Spiritual “Motherless Child”: “Sometimes I feel like a motherless child / A long way from home.” Mother for Africana conjures family and being home. When George Floyd suffocating strenuously managed to say repeatedly, like Eric Garner, “I can’t breathe” and called out to “Mama” in his death throes under the knee of a police officer, pain and suffering of the centuries rang out to all humanity because to be human is to be born of a woman, Mother. (CNN, 2020) Undying love and respect for mothers in Africana are evidenced in African art pieces and Edna Patterson-Petty’s art pieces. 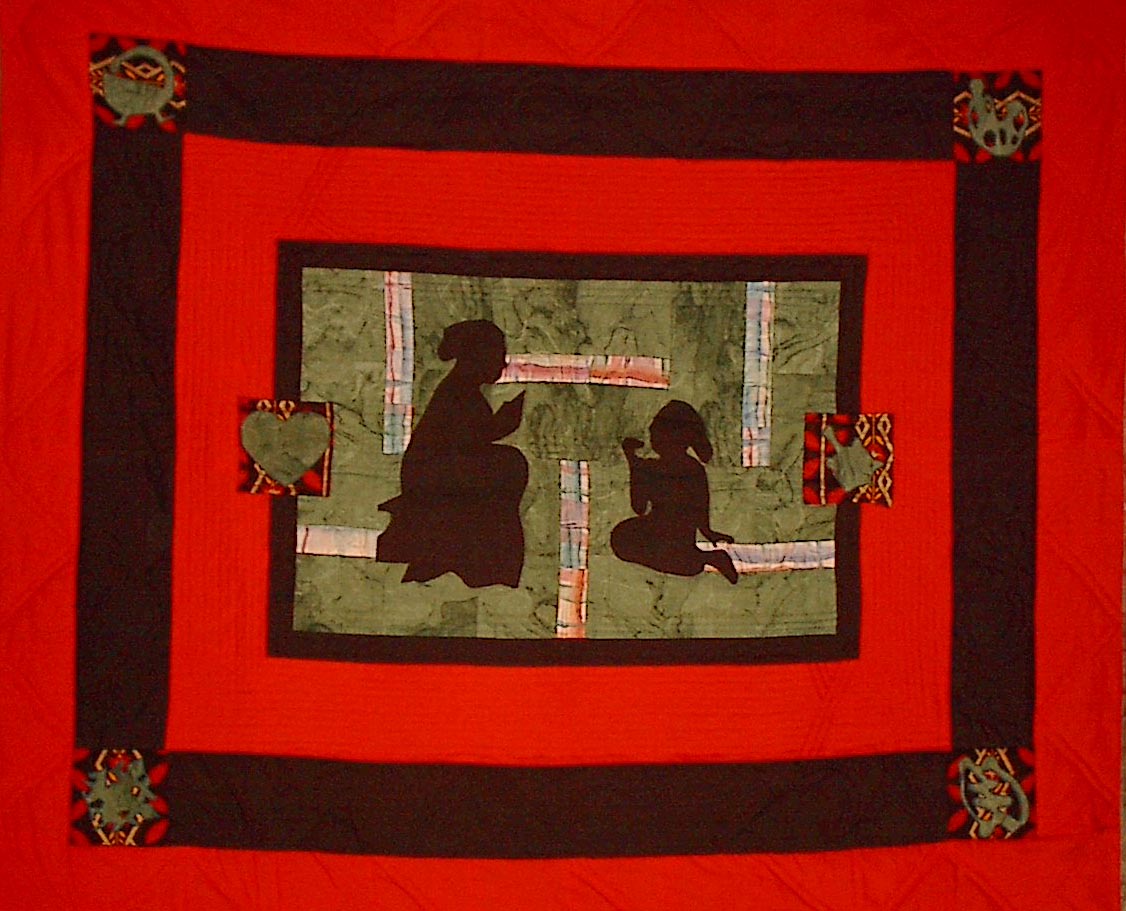 Children are central in Africana culture and for continuity. If reverence of the ancestors and mothers has been generating creativity and an amazing number of works of art for millennia, it is because there are those who remember and honor their ancestors. “How can one be an ancestor, if no one remembers you and pays homage?”, so say the Ewe of Ghana, Togo, and Benin Republic in West Africa. Among them performing a libation ceremony involves most importantly recitation of names of male and female ancestors of their extended families, sometimes up to twenty generations or more back in time. Children are, therefore, not only the future but also the past, in that, often, they are considered physical and spiritual reincarnations of their ancestors. The Ewe and the Fon have special reverence for twin mothers, venɔ, called by the Yoruba, iya ‘beji.

Among the Yoruba, who have the highest rate of twin-birth, ibeji, in the world, 45 twin-births per every 1000 births, special reverence is not only paid to mothers’ of twins but also to living or deceased twins (Roy, 1985). While they are emblematic of fertility and joy of life, twins are also a source of concern and anxiety since they can be fragile and mortality is more frequent for twins, even though they are considered good fortune to their parents. When a twin passes away, a figurine is commissioned by the mother and given as much attention as a living twin, almost like a surrogate child. Two figurines indicate a pair of deceased twins. The psycho-therapeutic implications are obvious, but more importantly, spiritual aspects are engrained in Yoruba culture. Coiffure and conical shape of the head, for example, are symbolic of the connection to the cosmos, specifically to Thundergod, Shango. Colors of the beads around the neck, waist and wrists refer to a specific deity, or orisa, mothers of twins, iya ‘beji, revere and honor in prayers. In the African Diaspora, for example, in Brazil, Haiti and Cuba, a variation that combines the Congo mabassa and the Yoruba ibeji is manifested in the threesome statuettes representing triplets. The centrality of children to Africana culture is, thus, clearly affirmed.